What Does Croissant 🥐 Emoji Mean on TikTok Videos?

Tiktok Croissant emoji meaning and trend origin. What it means to get croissant emojis on TikTok and other social media platforms.

TikTok has become a wildly popular social media site, with users of all ages sharing short videos and adding creative touches like audio music and effects.

But with the rise of TikTok has come the rise of emojis, and if you're not up to date on their meanings, you could be missing out on understanding some of the content on the app.

When you explore videos on the TikTok app, you might see someone using this emoji 🥐 a lot in the comment sections. 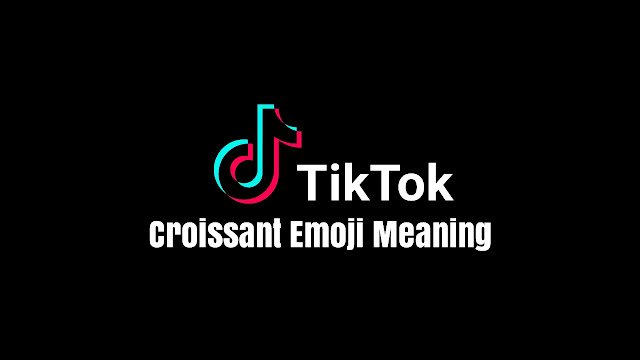 What does this 🥐 croissant emoji mean? Why did so many people use it on TikTok like armies? You might also ask the same question, right?

That's why we'll explore the meaning of the Croissant emoji, a trendy emoji that has been making its rounds in TikTok videos. Let's dive in and find out.

What does the croissant 🥐 emoji mean?

The Croissant emoji represents a classic, curved pastry that is evenly cut and baked until golden brown. Despite its appearance, it is not a shrimp, okay?!

To use the Croissant emoji, you can include it in a caption when sharing a social media post about croissants, pastries, or anything bakery-related content.

You can also use it to express your love for croissants or to refer to yourself or someone else as a snack to be eaten.

What does the croissant 🥐 emoji on TikTok videos mean?

The Croissant emoji has taken the TikTok app by storm, with users on the site called "Croissant Army" spamming the tasty pastry emoji on videos left and right.

There is no escape from these demons. Their slogan? No mercy, only pastry. But why the sudden obsession with croissants?

Why did the croissant emoji become a trend on TikTok?

It all started with TikTok user @thesleepyparamedic, a paramedic whose videos sparked a craze for all things croissant. He first brought up the croissant in a video and signed a nurse who also left this emoji 🥐 in the comments. Some users then follow.

After posting a video in response to a comment by @spectrexxxx featuring the iconic emoji, the Croissant Army was born and expanded even more.

This group of TikTok users began flooding the comment sections of @thesleepyparamedic's videos with the emoji, this time showing their support and appreciation for the content.

As the trend caught on, the Croissant Armies began expanding their reach and advertising the 🥐 emoji on other users' videos, particularly those in the emergency services like EMTs and firefighters.

And it's not just the Croissant Armies showing their love for the flaky, buttery pastry—TikTokers who found themselves on the receiving end of the croissant craze have been posting videos wondering why they're being swamped with the emoji.

See also: What Does the Yellow Eye Mean on TikTok Viewed Videos?

Now that we've delved into the meaning of the 🥐 Croissant emoji on TikTok, it's clear that this tasty pastry emoji refers to Croissant Armies who love the toasted bread and try to expand their influences on the app under the order of @thesleepyparamedic.

As with any trend on social media apps, it's important to remember that emojis are a way to express yourself, tell what you like, and add some personality to your comment or content.

So if you're a fan of the Croissant emoji and find that it enhances your TikTok experience, by all means, you can keep using it!

But if you're already feeling a bit croissanted-out, there's no shame in moving on to the next emoji trend.

The important thing is to have fun and let your personality shine through in your content. So go ahead, keep spreading the croissant love, or branch out and try some new emojis—the choice is yours!

Next: What Does Two Fingers-Pointing 🥺👉👈 Emoji Mean on TikTok?