Today, we're going to talk and learn a little bit about a phrase known as 'es hora de comer' which is currently becoming a thing on the TikTok app.

TikTok has indeed become a popular source of fresh memes and words that are rarely known before by many people around the world.

Sometimes, however, it is difficult to digest the matter for other social media users with different backgrounds, people need a clear explanation so that they can easily understand it. 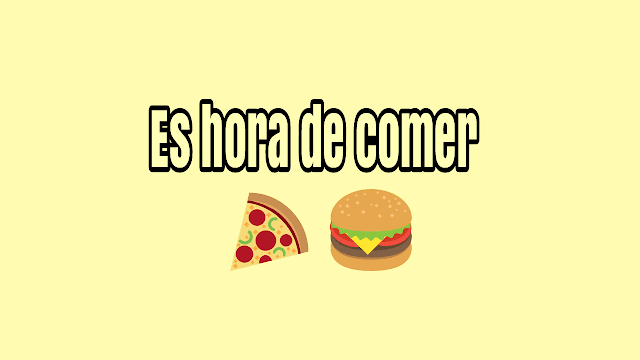 Lots of users use the above phrase as hashtags, comments, or audios in plenty of videos on TikTok. Users finding that "es hora de comer" funny and scary at the same time, but why? What does it really mean?

This Spanish phrase has recently become broadly popular because of a TikTok account @spanishforeveryday whose owner is known to be a Spanish teacher.

The contents he creates on social media platforms basically aim to educate viewers on how to pronounce Spanish words and inform the meaning of the phrases that are commonly used in daily life.

Despite his noble dedication, some people, unfortunately, think that he is a creepy Spanish teacher because of the unusual way he articulates and demonstrates his learning videos on TikTok.

Since this teacher is now associated with the viral phrase es hora de comer, he regularly uploads many similar videos every time it's time to eat. He often says the signature phrase right before voraciously eating a sandwich, burger, pizza, or any other meal.

Some TikTok users then decided to use the es hora de comer original sound created by @spanisheveryday to make jokes or memes with strange contexts and seem to be dramatizing the videos.

Obviously, there are also some videos that are interesting and the context fits perfectly, such as the meme when Eren was about to eat the Warhammer Titan in the anime of Attack on Titan season 4.

The video compilation below shows how the phrase is used by TikTok users.

What do you think after watching the videos? Do you think the contents are funny, scary, or not interesting at all? Let us know your thought in the comments below.

Other Spanish phrase translations you might also want to know:

Es hora de dormir meaning it's time to sleep, on the other hand, es hora de fumer means "it's time to smoke" when translated in English.

We hope this gives you some insight. Thanks for reading!