What Does Campeones Del Mundo Mean on TikTok, Twitter, & IG?

The Argentine national team won the Qatar World Cup after defeating France on penalties with a score of 4-2. The 2022 World Cup in Qatar is officially over, but the euphoria of Argentina's victory as Campeones del Mundo is still being felt by people today.

Argentines in Buenos Aires and fans worldwide are still excited to celebrate their victory after a 36-year wait. Football fans who support Argentina on social media also had an extra mission to make Messi's post of holding the World Cup trophy the most liked-ever on Instagram, beating a brown egg.

The photos the Argentine football star posted after the Argentina squad won the 2022 men's World Cup already have around 70 million likes. That's more than enough to beat the 57 million Instagram likes of the world's most popular egg. 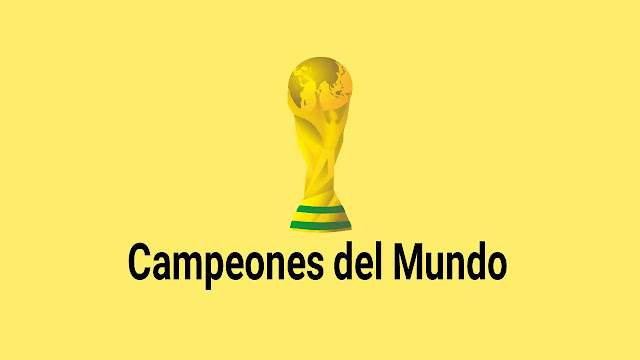 But now, the meaning of Campeones del Mundo, which is buzzing on social media nowadays, is what interests us the most. Previously, we have also discussed the meaning of Vamos Argentina Carajo and Dima Maghrib on our website.

Here's the meaning of the phrase: Campeones del Mundo, which is currently being touted by some famous Argentine footballers.

What Does Campeones Del Mundo Mean on Instagram & TikTok?

On Sunday, December 18, 2022, Argentina successfully defeated France in the final round and won the 2022 FIFA World Cup in Qatar.

The match, which took place at Lusail Stadium, Qatar, went through 120 exciting minutes with a 3-3 draw and ended with a 4-2 penalty score.

Amidst the euphoria of Argentina winning the 2022 World Cup, many social media users are curious to search about what Campeones del Mundo means.

This phrase echoed on social media like Instagram, TikTok, and Twitter. After Lionel Messi, Aguero, Di Maria, and the Argentina supporters posted photos with the caption: "Campeones del Mundo." What does it mean?

"Campeones" is a Spanish word meaning "champions," while "del Mundo" means "the world."

So, "Campeones del Mundo" is a Spanish phrase that effectively means "world champion," "champions of the world," or "World Cup winner" in English translation. The world here refers to the World Cup.

When Argentine footballers and supporters say the phrase: "Campeones del Mundo" or "Campeon del Mondo," they tell people a bold statement that they're on top of the world by winning prestigious sports competitions.

Campeones del Mundo is not only a phrase used by Argentines but also by many Spanish speakers worldwide. You might have heard the phrase echoed when Spain won the World Cup in 2010. But you didn't notice it back then.

I think we don't need to explain the detailed flashbacks of the journeys, all of them. How they, Spain and Argentina, became Campeones del Mundo!